The message was received at Gucci’s 2015 resortwear launch - director Alessandro Michele has arrived!

The launch of Gucci’s 2015 resort wear saw the brand pull out all the stops. Streets were shut and guests flown in from around the world to bask in the magnetism of its new, two show-old Creative Director Alessandro Michele. Let’s just say, Frida Gianni, the last Creative Director of a decade, would not be dissapointed. Colorful, eccentric and unapologetically retro, the collection was a three-pronged assault to the senses.It was a blend of Michele’s love for vintage fused with a detailed understanding of the prevalent contemporary mood. 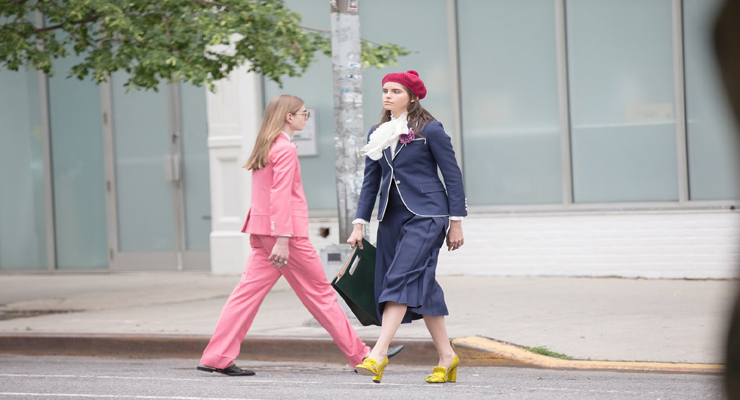 The show | A slow, pleasant walk back in time.

A kitschy welcome | Clearly inspired by flower power and reggae, Michele’s 60’s shift-dresses in gutsy knits of 70’s lame and lurex brought back memories of lost eras while setting a pace for times to come. His lace dress with the western shirt detailing fanned kitschy Americana style with gusto. 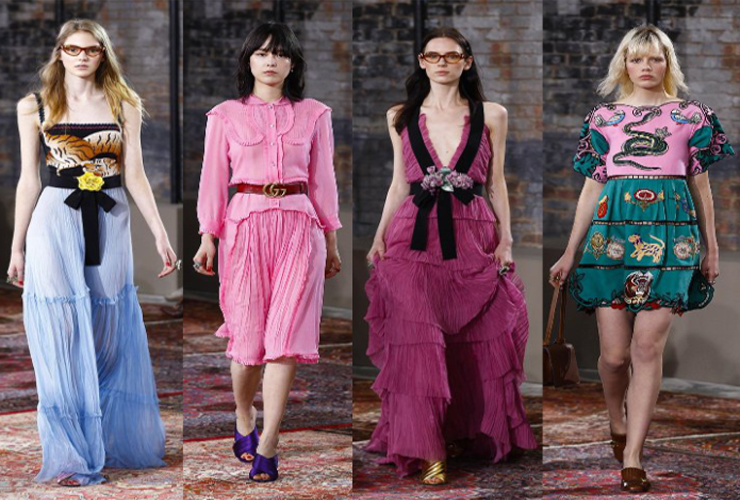 Embroidery galore | It was like being in embroidery patch heaven, from the bodice of a floaty evening dress to a man’s corduroy jean jacket, the guests drank luxuriously from Michele’s cup of bold and delicate patterns. The mega-serve embroidery was flanked by charming jewelry pieces. Rings, dangling pearl earrings were like a zing of chilly in a glass of vodka. 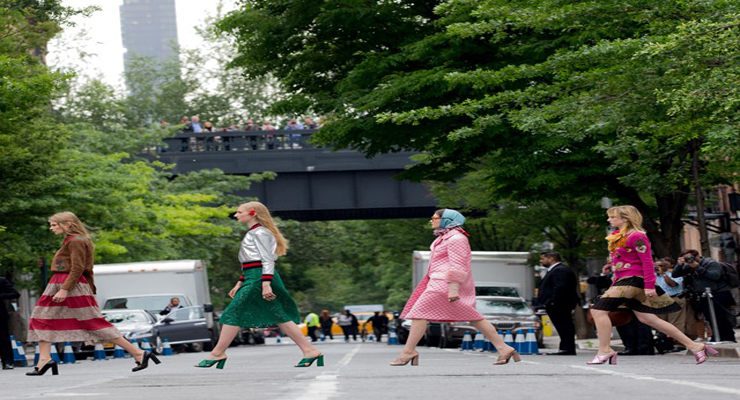 Sending androgynous signals | It’s no secret that Michele has a soft corner for androgyny. But what most may fail to see is how he interprets the gender-neutral style statement as something that’s aristocratic, even royal. Displaying his sentiments in full vigor were trim little skirt suits (a follow-up to his pantsuits collection for Fall) in crochet. 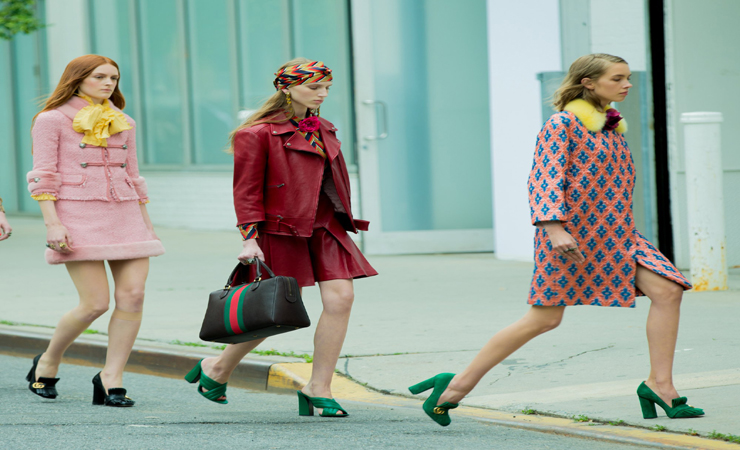 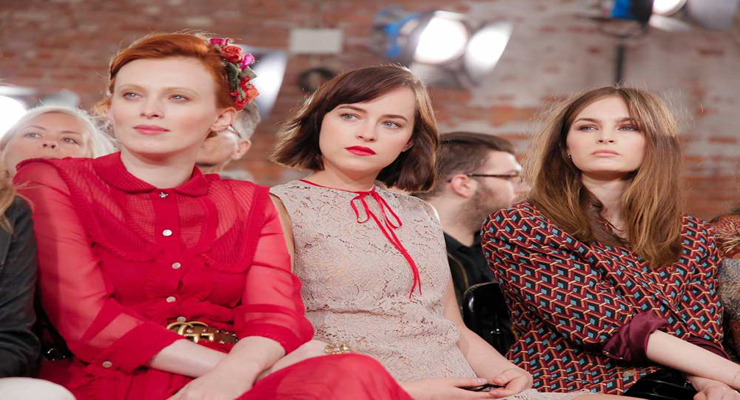 The message | Expect the unexpected when Michele’s around! But who is Alessandro Michele and what does he bring to the Gucci table? Nothing is constant but change. So when Gucci got designer Alessandro Michele on board to carry its vision-and tradition-forward, the world of high heels was abuzz with a sense of unbridled anticipation. As replacement for Frida, CEO Marco Bizzari was looking for someone with whom Gucci values came as a package deal. On his eyebrow-raising choice, he says, “Why should I look for someone else when he can translate the heritage and when the values of Gucci are in his veins?” 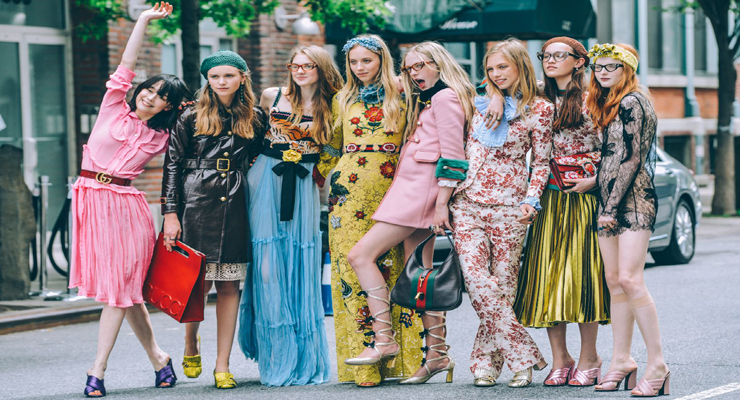 The long-haired Roman god, Michele has been with Gucci when Tom Ford was at the helm of affairs. And, as they say in high-profile fashion circles, “You cannot be in Ford’s company without learning a thing or two.” According to François-Henri Pinault, chairman and CEO of Kering, “Michele has both the qualities and the vision necessary to bring a new contemporary perspective to Gucci and lead the brand into an exciting new creative chapter of its history.”

Bravo to that, but if you noticed, for some reason or the other, the word ‘vision’ keeps appearing in people’s understanding or expectation of the designer. Gucci, we all know, has a long-standing vision of class and wearability in its offerings; the question is now about how Michele advances it. The man sums it up in his characteristic brevity of expression, “Contemporary fashion is something that can happen on the street,” and “Sensuality is what’s inside.” So for now Gucci‘s patent vision seems to be in the right hands. But what lies ahead only time or Michele can tell.