A recap of the ‘Grand Finale’ day| Curated on the theme of ‘Born in Benaras’, designers presented their interpretations in Benarasi weave

02:00 pm Designer Debarun’s ‘One Fine Day’ weaves the journey of the sun from dusk to dawn into his flowy silhouettes (tunics, shirt jackets, maxi dresses) and color story (sunshine yellow, green to peach and midnight blue). “I have used three geometric motifs in my collection—the rectangles, triangles, and circles. The rectangle stands for the start of the day, triangle for dusk and circle for the night,” explains the designer. 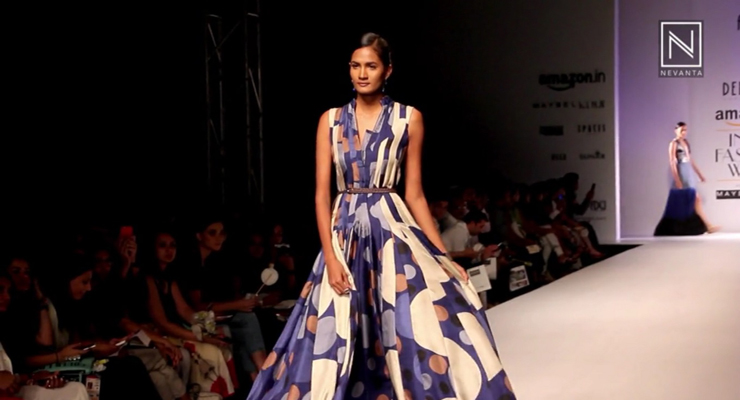 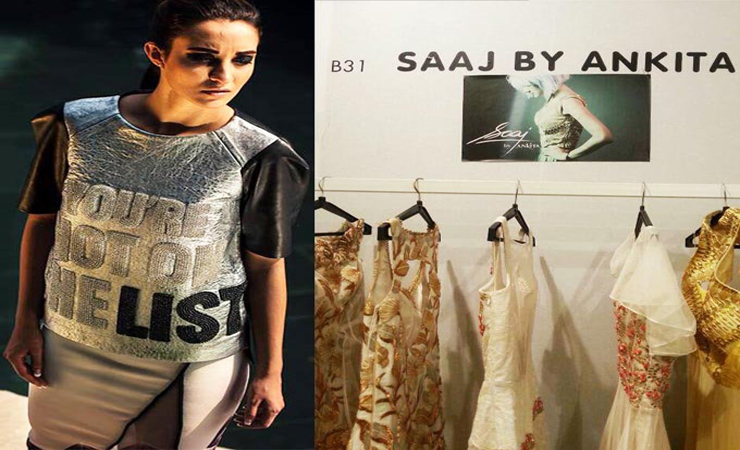 Designer Tanieya Khanuja used denim and Khadi weaving to present an all-season collection. The shapes were structured with backless cape-tops, denim skirts with frayed edges and tailored denim dresses. The designer also made use of optic black and white patterns as well as herringbone patterns.
Show highlight: In-house denim mules that the models wore. 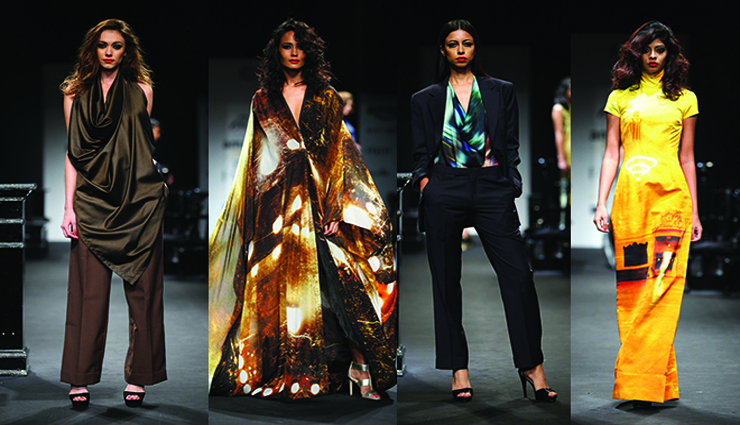 06:00 pm Designer Prashant Verma’s impactful presentation featured tailored yet breathable silhouettes like draped gowns and pant-suits. The artwork was developed from photographs the designer had taken over several years in New York City.

Show highlight: The final line-up was conspicuously missing. Instead, the designer himself, posing as an old man, took the final bow. “This is a part of a larger project,” is how he described it. 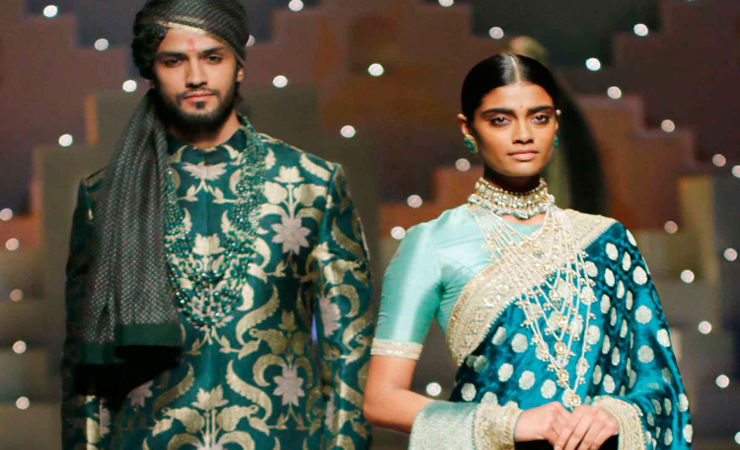 Designers played with Benarasi brocade, giving it an edgier touch 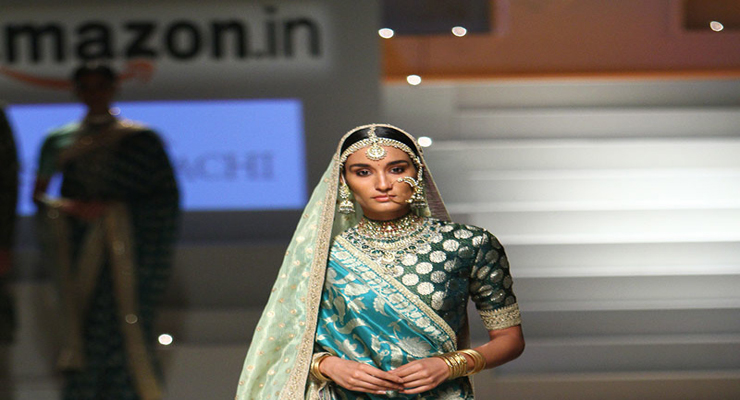 11:30 pm The Grand Finale is finally here. The show starts with FDCI president Sunil Sethi acknowledging the weavers of Benaras who made all this possible. A spectacular show was put together by 16 of India’s most celebrated designers, who paid an ode to the indigenous Benarasi weave. Curated on the theme of ‘Born in Benaras’, all designers presented their interpretations in Benarasi weave; showcasing the weave’s journey from traditional wear to mainstream fashion.

Designers played with the Benarasi brocade on long jackets, A-line skirts, Boho chic resort wear, sarees as well as lehengas, giving the handcrafted weave an edgier touch. The rich assortment started with western wear in more of black and golden tones and then concluded with the rich Indian garbs in turquoise, red and gold colors.