In a momentous move, a fresh crop of designers have taken over the helm at the big brands | We put it together for you

There is a great creative shift happening in the fashion industry. From Gucci to Roberto Cavalli, Pucci and Louis Vuitton, the scepter of sartorial power has passed over to a fresh crop of designers (and man, are we excited!). We bring you the forces behind the most exciting time in fashion.

A QUEST FOR “GREAT CLASSICS” | Moving from his post at Balenciaga, Nicolas Ghesquière succeeded Marc Jacobs at the helm of Louis Vuitton in 2014. Ghesquière had some pretty big shoes to fill and he walked out with flying colors. A year on, Ghesquière continues to dictate the silhouettes of the season, sending out standout collections on the runway each time. A true visionary, he believes in exploring and innovating, one fashion decade at a time. He started by revamping the brand’s logo, looking to the past for inspiration. The result? The “Petite Malle” was made in several colors and patterns, including the much-maligned classic monogram, and a quest to establish “great classics”. His design philosophy merges the past with the future, classics from the past redesigned to serve today’s functionality. 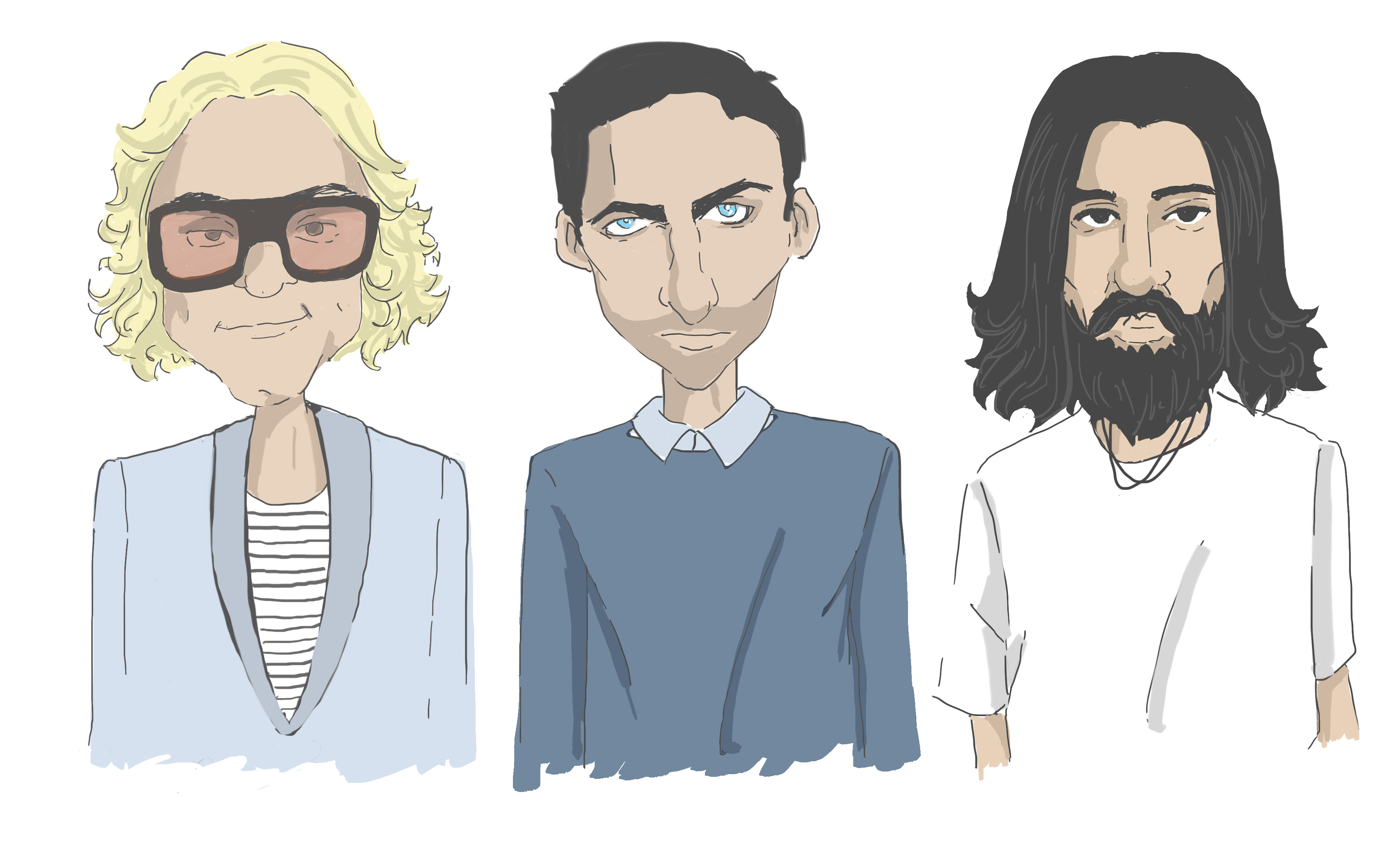 FROM THE OLD TO THE “NEW LOOK” | The year 2015 started with Alessandro Michele being appointed as the creative director at Gucci. Alessandro’s look came across as the complete opposite of Gucci (F/W 2016); androgynous accents with an anti-luxury appeal (think male models walking the runway in pussy-bow blouses and ill-fitted suits.) In his own words, his attempt was to “cause a revolution at Gucci“. After the first collection, it seems Alessandro has created a “new look” for Gucci, a brand which was all about sex appeal. Michele has laid his foundation on this anti-formula, targeting the millennials, who prefer this laidback, non-serious style. The surprising “new look”-vintage-inspired mismatched separates accentuated with precious accessories. As we witnessed in the recent Cruise 2016 showcase in New York, he is not backing away from the retro-inspired, eccentric luxury look for the Gucci woman.

A PERFECT MATCH | Peter Dundas is known for his glamour, eye for vibrant graphics and sexy cuts. Hence, he is a perfect fit for Roberto Cavalli, whose signature style, though commercially successful, has become somewhat tired in recent years, as stated by The Guardian. Dundas began his career at Cavalli and the brand’s aesthetic runs through his veins. We got the first peek (pun intended!) into this venture at the MET gala 2015, where the likes of Kim Kardashian and Joan Smalls, left us lusting for more. As stated by Cavalli himself, “The choice of Peter Dundas was made with the desire to evolve a style that combines glamour, tradition, and innovation, recognized worldwide as the signature of Cavalli.” We eagerly await what the designer has in store for us at the spring-summer showcase in September.

All eyes are on these young and spirited crop of designers and what they would bring to the table. Their vision can make or break a brand. The revamped vision definitely targets the young and risqué millennials, as the brand’s age-old values had led to sales stagnation. Whether the change in brand philosophy would elevate the brand or completely redefine its aesthetic, we are fortunate to be witnessing the most exciting time in fashion.

FYI: Buzz has it that this might be the swan song for Alexander Wang at Balenciaga. *fingers crossed*