THE TWO F’S,FASHION AND FEMINISM BRINGS “THE FEMINIST OUT IN YOU”.

Trend alert Spring Summer 2017 | Wear a slogan t-shirt, out and proud to join the fight on a range of global issues, stylishly

Slogan t-shirt trend is having its moment in Fashion and we are loving it | From designers on the runways to people on the streets, they have made it clear it is here to stay this spring summer 2017. Dior, Sacai, Michael Kors, and more are embracing this trend. Dior’s “We Should All Be Feminists” slogan blazoned t-shirt registered Maria Grazia Chiuri as a designer who has brought activism from the streets to the runways. The trend caught up fast among fashion influencers including Chiara Ferragni of The Blond Salad, Oscar winner Natalie Portman and Madonna at the women’s march, ladies went all out in embracing and adorning the slogan t-shirt trend. Pushing forward on the current sentiment, ‘’business of fashion’’ started the #TiedTogether movement to voice people’s opinion collectively. #TiedTogether brings celebrities, fashion designers, digital influencers and everyone across the globe to tie a white bandana as a sign of solidarity and inclusiveness. 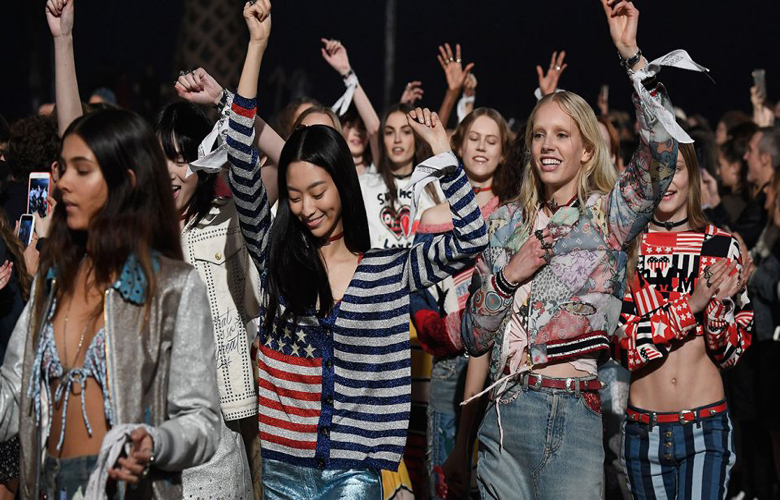 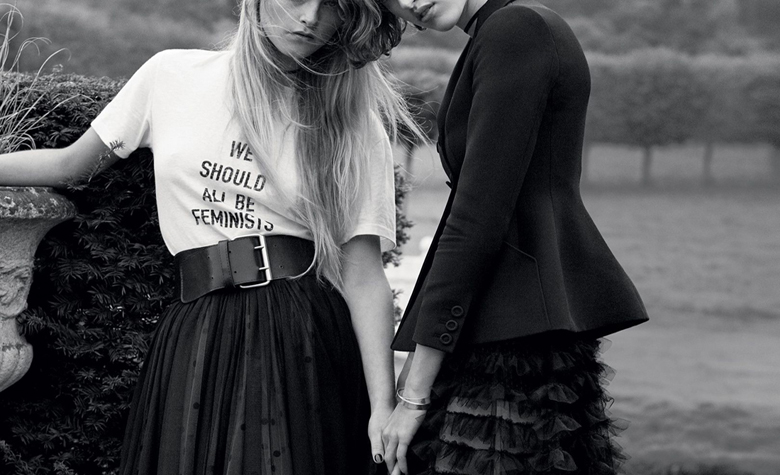 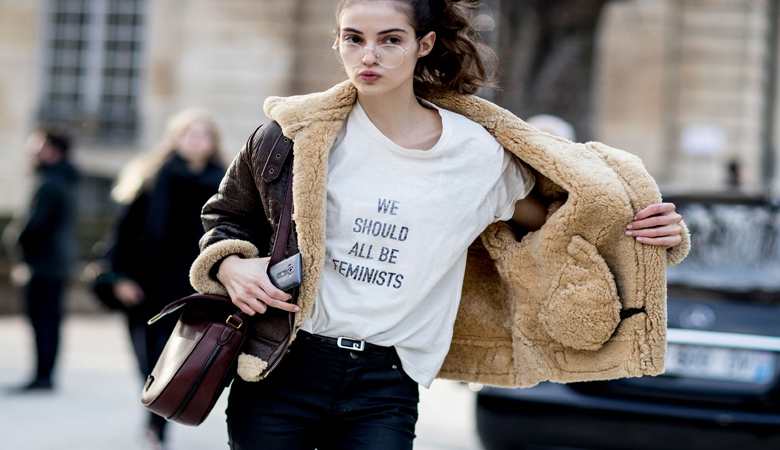 Why everyone is talking about it | Pay attention

The fashion fraternity embraced slogan t-shirts as a part of their collections to support issues close to their hearts such as gender equality and human rights. Using the power of the written word, S/S 17 trend cycle was replete with slogan t-shirts. And the message that fashion stands strong against what divides society was well received by the media and the masses. 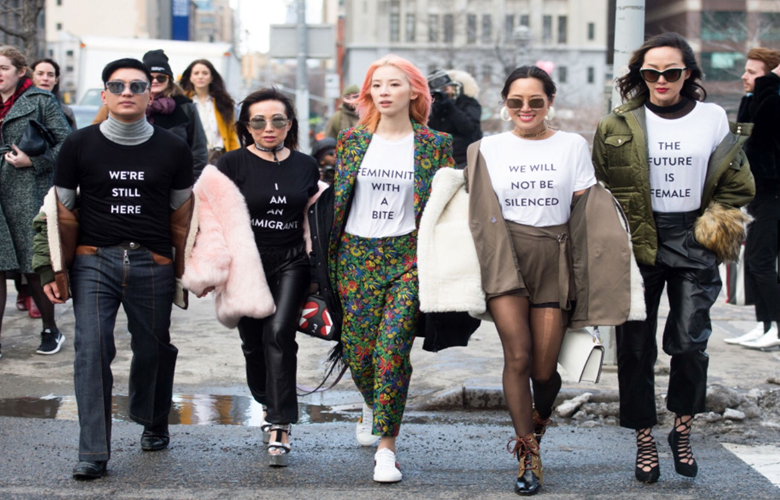 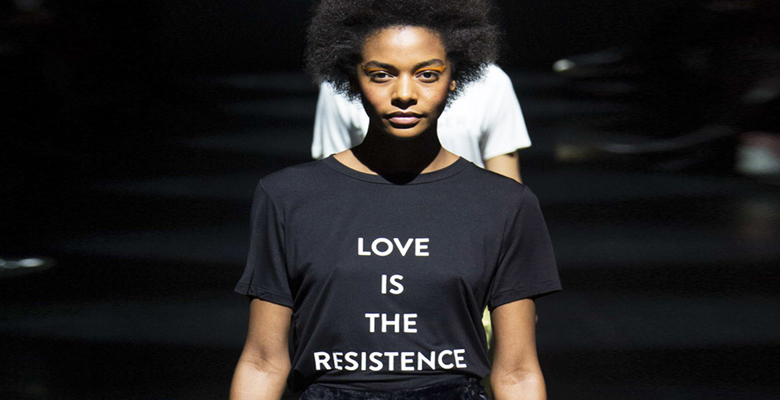 From the runways | Dior set the trend with its S/S17, ‘’j’dore’’ collection. Chitose Abe of Sacai in his S/S 17 collection paid tribute to Punk Hero, Joe Strummer with a flipped t-shirt, which read his quote ‘Passion Is a Fashion’, while Haider Ackermann spelled out his state of mind via his ‘Silence Soldier’ t-shirt. In New York, everybody took notice of Michael Kors S/S 17 collection, used an intarsia sweater which read ‘Love’ to spread the message of solidarity. 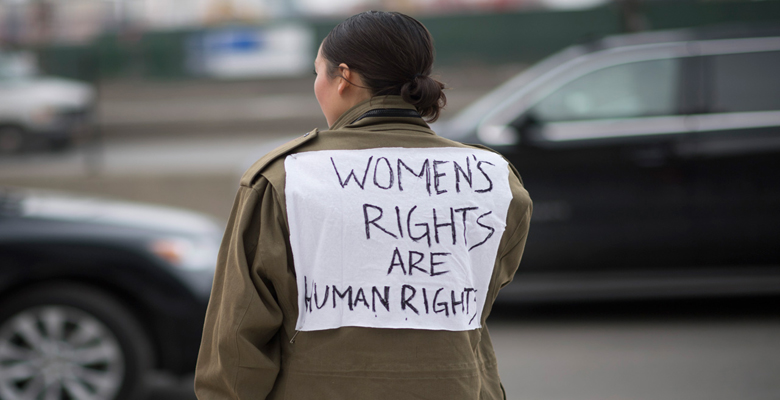 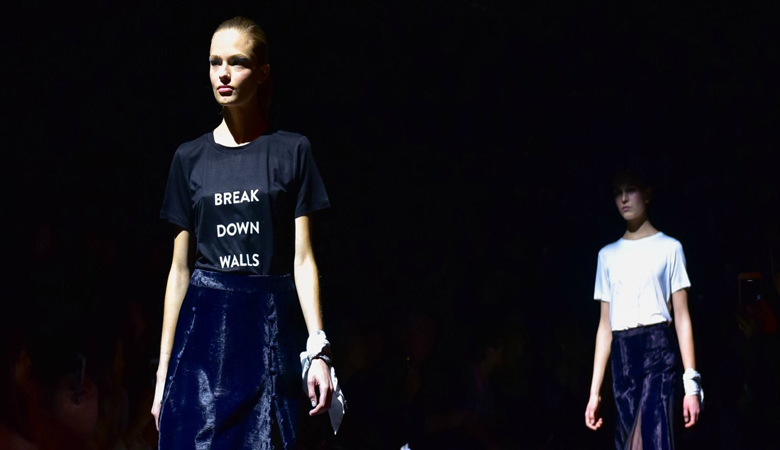 London’s cool brat pack also did not shy away from embracing the slogan trend. Ashish Gupta dedicated his S/S17 collection to India. Among the colored veils, painted faces, Bengali topors, and embroidered bridal skirts, he showcased a t-shirt reading “ Love and devotion”. Henry Holland as usual stuck to his tongue in cheek form in S/S 17 presentation and closed his show with a group of models wearing t-shirts with rhyming slogans: ‘Let’s breed Bella Hadid’ and ‘Suck on toe Phoebe Phillo’. 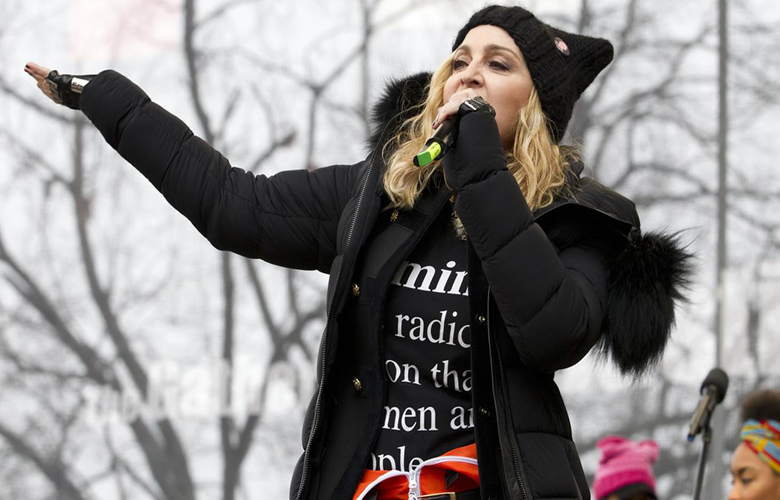 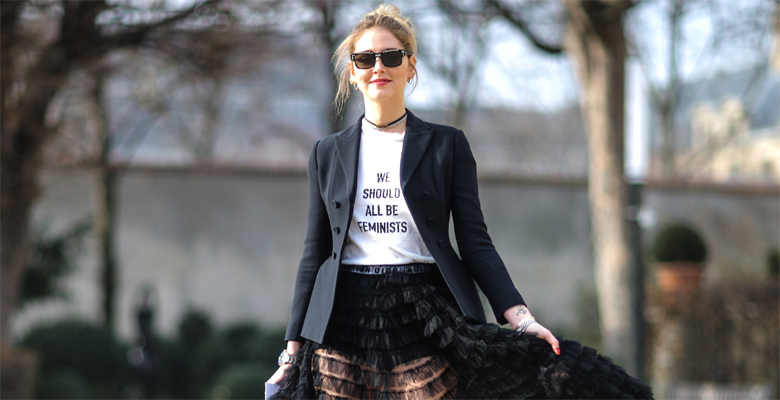 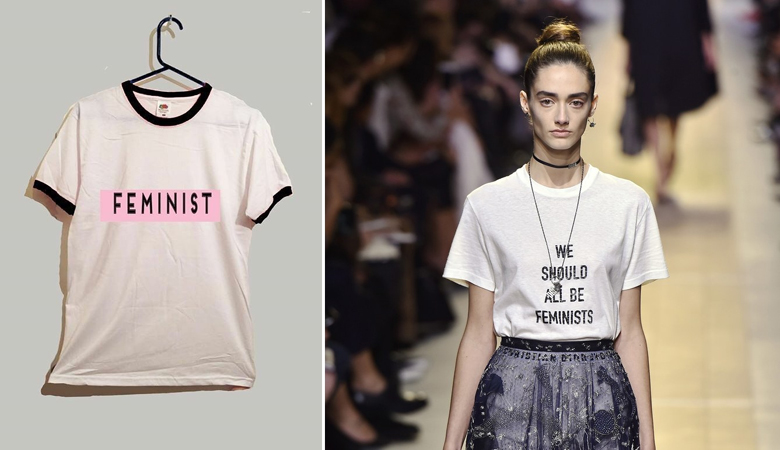 How will you wear the trend | Spring summer 2017 runways gave us plenty of inspiration to wear the trend clean and chic. Try white slogan t-shirt with a white denim or white linen pants to keep it summery and minimalist. You can always count on the very humble t-shirt and a denim pairing. Layer a sleek black jacket over your t-shirt. For the maximalist in you wear a printed skirt with white or black slogan t-shirt. Pair it with black pumps and you ready to party the night away.

Slogan trend holds value now more than ever and we couldn’t agree more at iflauntme. This summer in 2017, wear a slogan out and proud to join the fight on a range of global issues, stylishly. Who knew a statement made on the runways will be your summer wardrobe’s best statement piece.

Happy International Women’s Day. A shout out to all women who influence us everyday. Read more on our top four picks of influencers who excel and motivate us in their respective fields here. Share with us who inspires you.

Reminiscent of the 90’s, the slinky dress trend is back | In focus The slip dress

Long or short, the versatile shirtdress has got a chic makeover and was a key trend during Spring/Summer ’15 on major runways