These models of Indian origin are taking on the world

Their forays into modelling began with a launch by Balenciaga and Burberry, and since then, industry newbies Radhika Nair and Saffron Vadher are the ‘it girls’ that no one saw coming. The models are among a fresh crop representative of a movement towards diversity and inclusion. As Henry Mackintosh Thomas, the man who famously scouted the then unknown Nair notes, “Designers today are interested in characters with a look and attitude. They want to dress these characters and their stories. Radhika, and girls like her, represent this and a youth culture that’s more accepting of the way people are.” (as told to Vogue India) 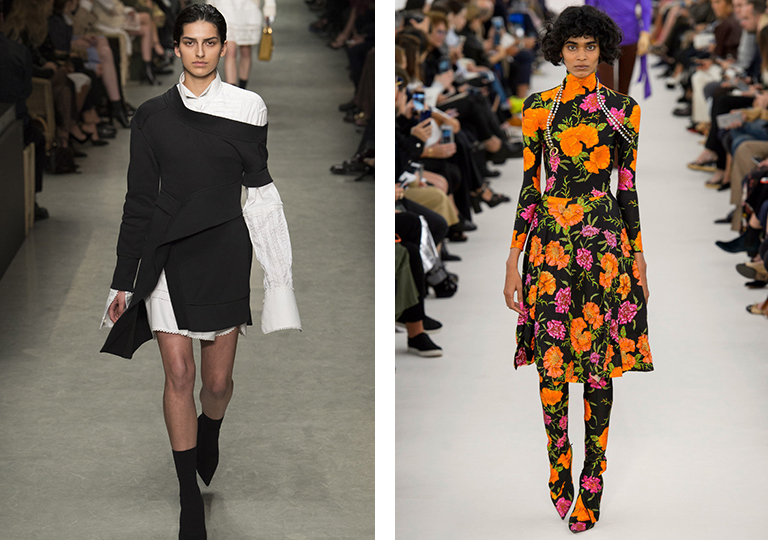 The stories are of individuality, of showcasing different cultures, colours, bodies and images.  Nair’s foray into modelling, sashaying down Balenciaga’s runway in bright florals at Paris fashion week SS17, marked the first time an Indian model worked for the house. Her mop of curls, unmistakable bone structure and beautifully dusky skin ensured she stood apart from the crowd. It led to a slew of other opportunities at Vetements, Miu Miu, Loewe, Etro, Mulberry and JW Anderson. Her popularity is indicative of the industry’s move to dress women who do not conform to established ideals of beauty and we must say we love it!

Nair agrees, commenting on the impact her career has on young girls: “I want these girls to understand that I’m being myself and that’s what diversity is. It’s not just about race and colour but about individuality.” Her journey, much like Saffron’s, mirrors a surreal experience from virtual obscurity to international fame. 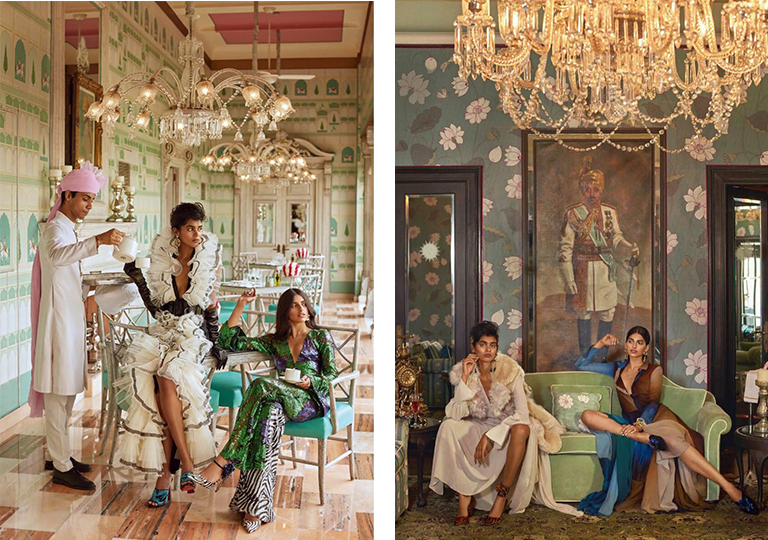 “My first big job was the Burberry exclusive, and straight after that I went to Paris, where I opened the Alexander McQueen show. It’s all been so surreal,” notes Vadher. From Giambattista Valli to Hermès, Prabal Gurung, Thornton Bregazzi and Roksanda, Vadher is everywhere and signals yet another phenomenon - the meeting of cultures. Raised in London by parents of English and Indian origin, Vadher much like Nair, is a cosmopolitan soul. It is perhaps this ephemeral quality that continues to spark an interest for Vadher: she was part of Claire Waight Keller's debut as creative director of Givenchy. For Waight Keller, this vision is “strong, stoic and mysterious”, a meeting of gender on an equal platform. We can see why Vadher was chosen for the campaign with her chiselled jaw and straightforward gaze. 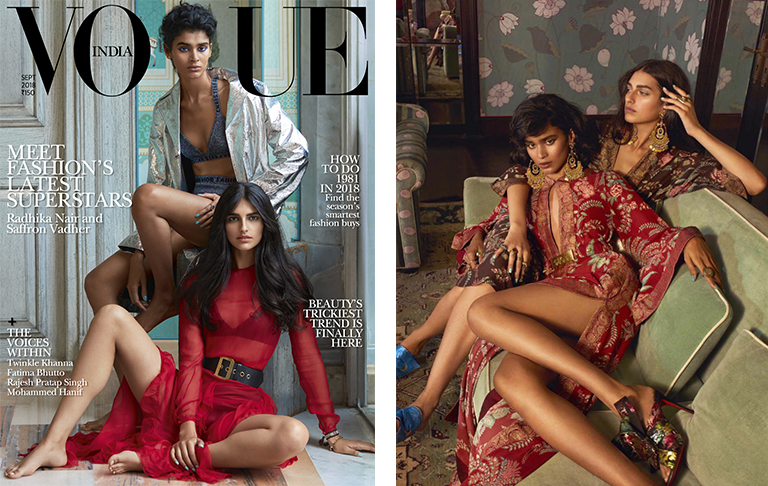 The two models recently graced the September issue of Vogue India, one of the most important issues in the fashion calendar. True to form, this year’s cover seems to herald things to come with diversity as the new norm! As Vader notes on her meteoric rise, “There was a time I wished I would be in the pages of Vogue and now that’s happened six times. And then I wished I’d be on the cover of Vogue, and here I am!”

The Top 4 Spring/Summer 2020 Couture Collections That Blew Our Mind!

From gorgeous gowns to gracious drapes at Dior, here's a roundup of the best and the most jaw-dropping looks at the Spring/Summer 2020 Couture Collection.

When in France, skip Paris and head to the wine heaven— La Cité du Vin.

When in Paris, be sure you experience these luxe wine and dine stations

Gucci, Tom Ford, and Burberry bring lipsticks that are lovely and luscious

THESE BOLLYWOOD CELEBRITIES LOVE HERMES AND THEIR INDULGENCE IS EVIDENT

Get lured by the celebrity moments with Hermes

HERMÈS MOVES INTO A NEW GLASS HOUSE IN AMSTERDAM

Where the glass meets terracotta bricks!

Warm up to the leather trend with these runway pieces

The hottest accessories that emerged from SS19

I Dress Up Every Day

Breaking Down the Royal Dressing Code

Get inspired by the best dressed royals of 2018

Sequins or Tulle. What will you sport this New Year’s Eve?

And one more time, prepare to welcome ugly pants to your closet

Our tips and ideas to renew this sexy classic

A sneak peek into trends that made an impression

TREND ALERT | HUG OR CLUTCH IT - WHAT WILL YOU BAG THIS FALL?