The 79-year-old legendary architect, known for setting up the futuristic Archigram, talks about his art and architectural philosophy

Gallery Espace and Architecture Discipline recently brought legendary architect Sir Peter Cook, to India. The exhibition featured 34 drawings from the four last decades of the 20th century, including works from his avant-garde group Archigram, which was neo-futuristic and explored pop culture. We talk to the living legend about his art and architectural philosophy. 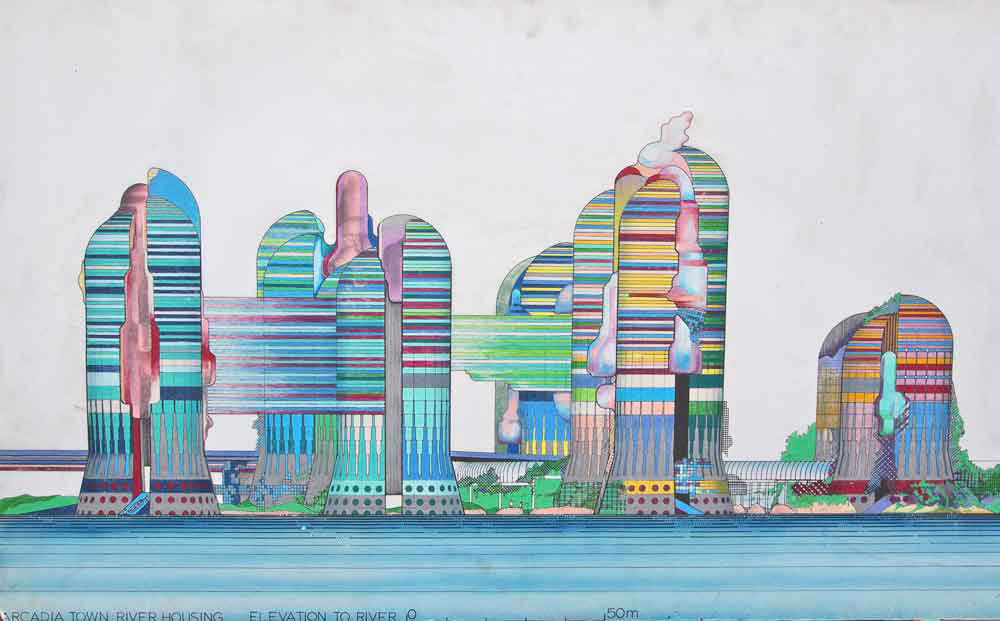 What came first, the drawings or architecture | I was just eight when I wanted to be an architect. I saw many interesting buildings as a child and was fascinated by the ideas involved. I do not relish straight, minimalist architecture. I find it predictable and boring. I enjoy a sense of “theatre”. I enjoy the sinuous, the mysterious and historical styles. It is rare for me to sit in front of the drawing board, computer or sketchbook with a blank mind. It may be a function of something, a subconscious recourse to something that I’ve wanted to do of late or it could be rhetorical, a kind of “drawn statement”. I prefer using watercolours, airbrush, colour pencils. Worldwide, there has been a tremendous march of technology, gradually lifting buildings out of the wet-craft period, with the potential of computer-controlled milling and buildings “grown” via nano-technology being a wonderful future for architecture. 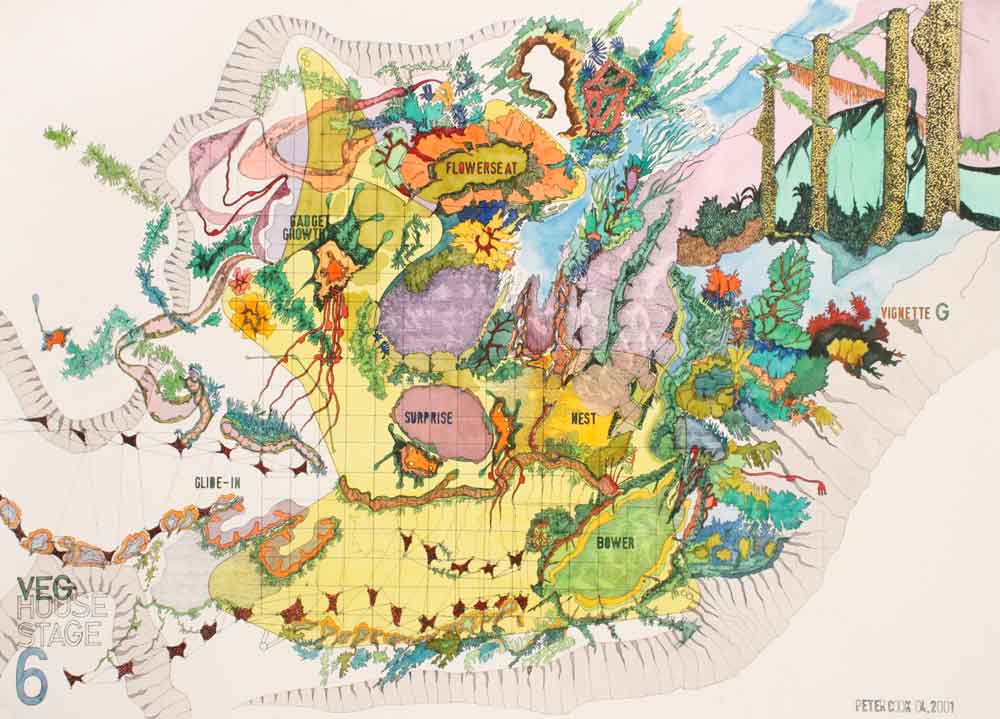 How often do you sketch | I love sketching. I don’t sketch in a sketchbook, but grab stray pieces of paper and doodle down ideas and stuff them later in my artwork. So, I have these crazy little pieces of paper all over the place with different things on them. Sketching has decreased over the years; now, I mostly sketch in the morning when I get fresh ideas. 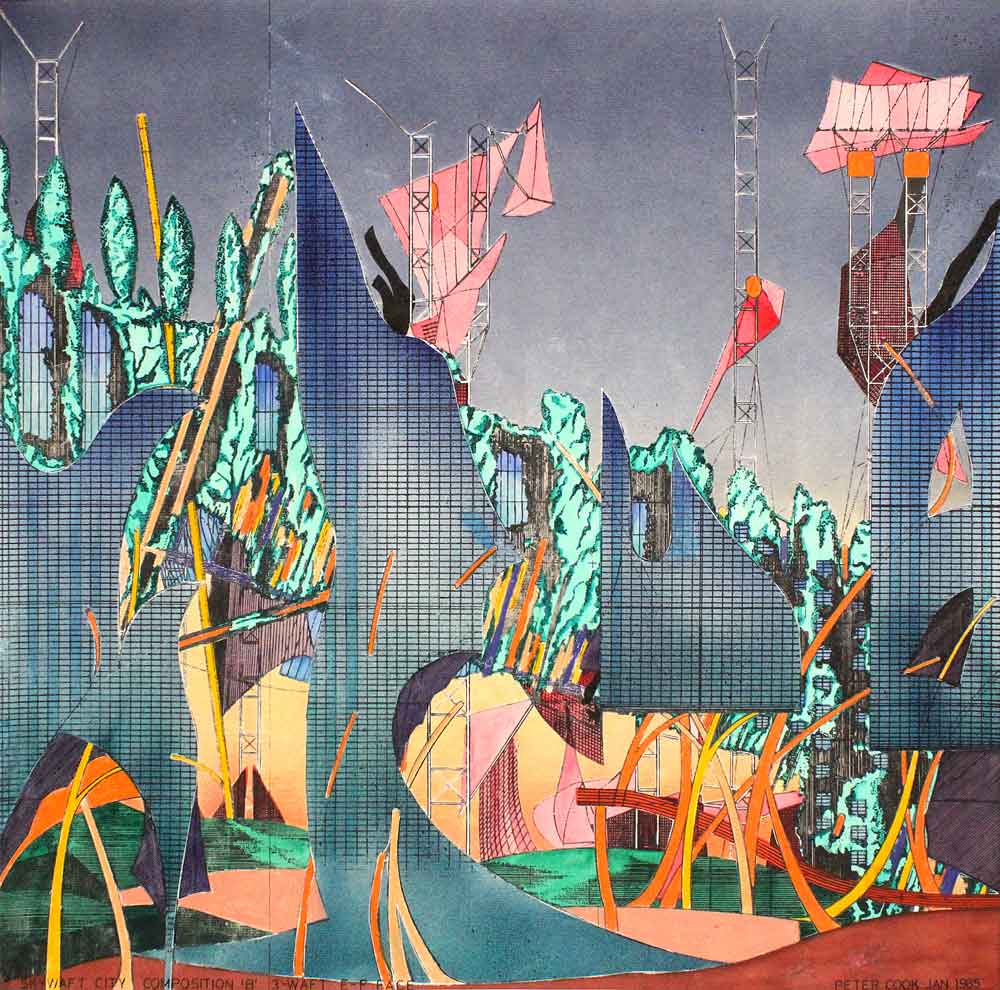 How did you choose the artwork for the current show at Gallery Espace | Any of your own favourites in there | Thirty-four sketches, drawn during ‘60s to 2000 are on display. These drawings can perform as inspiration and motivation for architects to design for the future, from the phase of Archigram as well as the drawings from current Studio CRAB. My personal favourite is the “Montreal Tower”, rendered in the year 1963. 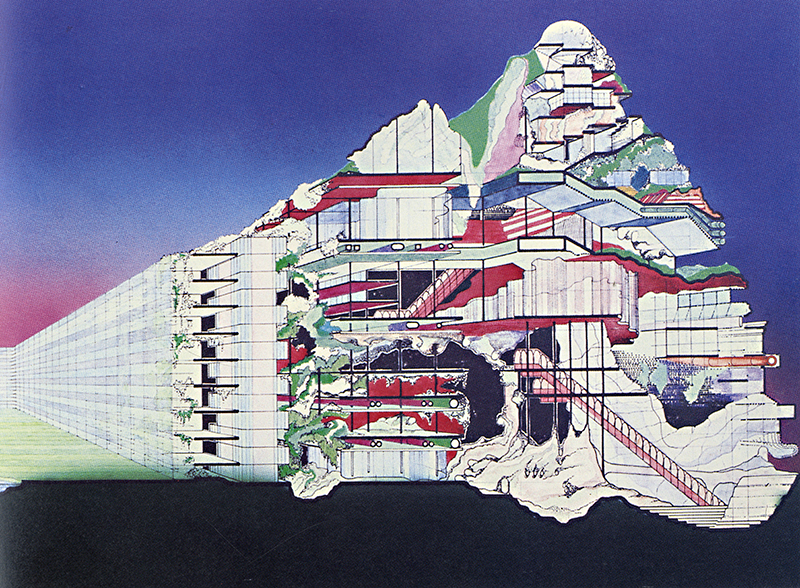 Who are your favourite artists | Any Indian artists that you’re aware of | Thom Mayne is my favourite. His design philosophy arising from an interest in producing work with a meaning that can be understood by absorbing the culture is congenial. In India, I am fond of the works of Gurjit Singh Matharoo, who is slightly towards the Indian Modern. 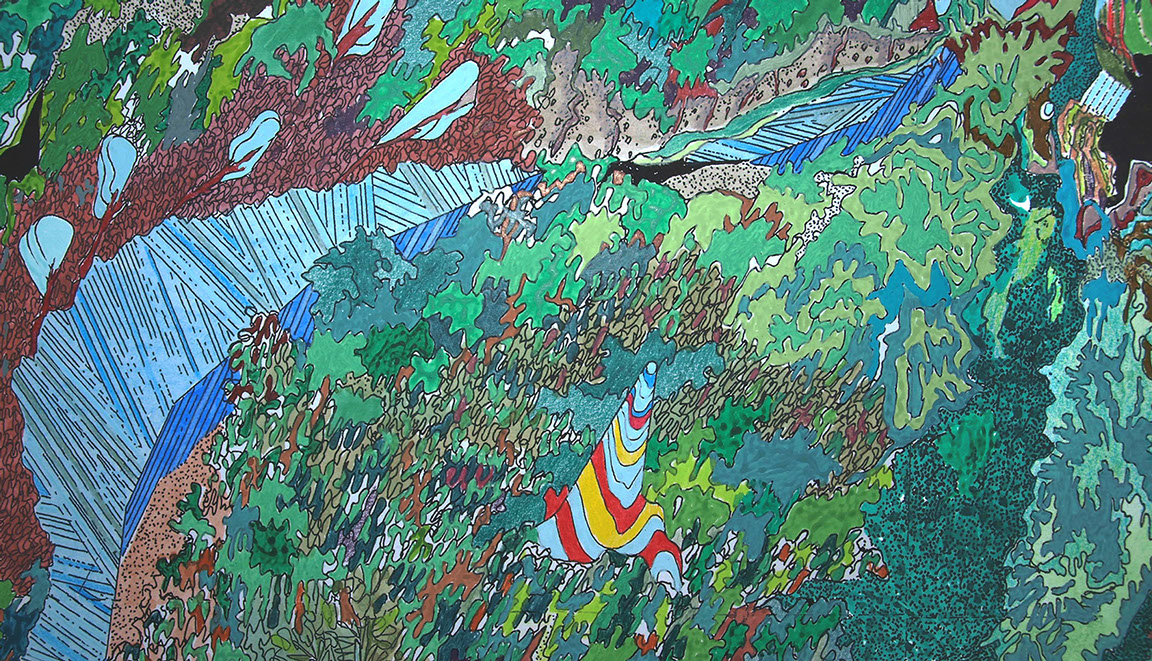 Tell us about Archigram and its philosophy of “architecture without architecture”
Archigram was an avant-garde architectural group formed in the 1960s, based at the Architectural Association, London. It was neo-futuristic, anti-heroic and pro-consumerist, drawing inspiration from technology in order to create a new reality that was solely expressed through hypothetical projects. Its visions did, in fact, succeed in inspiring a new generation of architects and architecture. Most obviously, their radical suggestion to reveal infrastructural elements and reverse traditional building hierarchies inspired the famous Pompidou Center by Richard Rogers and Renzo Piano, and their drawings and visions continue to be invoked in urban thinking today.
Many iconic projects explored pop culture and emerging technologies and were predicated on the rationale of fun and pleasure as ends in themselves. Among the best known are Walking City, a self-contained pod of urban elements; Suitaloon, a garment that converts into a dwelling; and Blow-out Village, an entire temporary city inflated by a hovercraft.

Any buildings or structures in India, modern or historical, which have impressed you | So far, it’s the place that is both excitingly and disturbingly different from anywhere else, including other Asian places. The old architecture set up by those with power, money and influence is striking in its inventiveness. The new stuff is not very interesting.