As we walked in, we saw designer Pallavi Mohan sitting in a plain white tee and blue denim. “Why so serious,” we wanted to ask her but she was quick to respond with a warm smile, “It’s been a little crazy here with the Fashion week just around the corner.” Reshuffling her desk a bit, we sat down for a tété-a-tent with her. 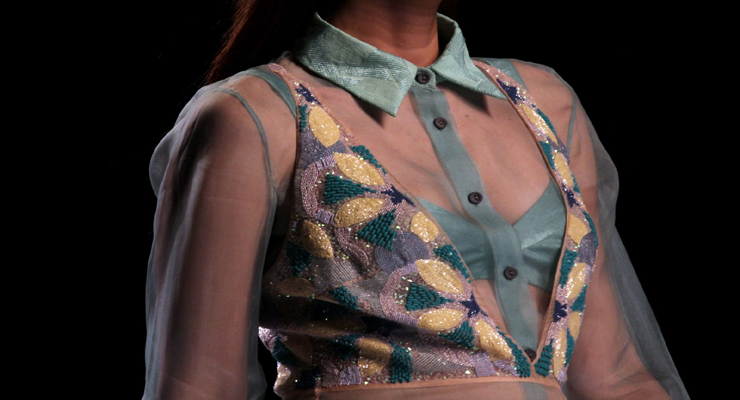 We started with the first question – Why Not So Serious? She gives it a thought, “I decided that I didn’t want my name to be in my label. I wanted it to be something that people remember; where people would have seriously fun clothes with not-so-serious elements.”

As she talked passionately about her label, we could see that she was tired, yet when she spoke about it her eyes gleamed. “It’s been a rollercoaster of a trip. For me ‘Not So Serious’ is like a baby, it has not grown to where I would want it to grow. It’s only because I haven’t really given it that much time. Although, it has moved forward in the last couple of years, compared to the years before that.”

Indeed, the design label’s journey has maintained a small but steady pace in the fraternity. Not So Serious made its debut at the Wills Lifestyle India Fashion Week (A/W ‘09) in 2008 and at the Lakme Fashion Week in 2011. Her A/W 09 line was selected by FDCI for the India Show in Almaty, Kazakhstan. Currently, the brand retails from leading stores such as Anthropology (U.S.A); Ensemble, Mogra, Aza, Ogaan, Tamara, Fuel, and Carma in Mumbai, Delhi, and Pune. 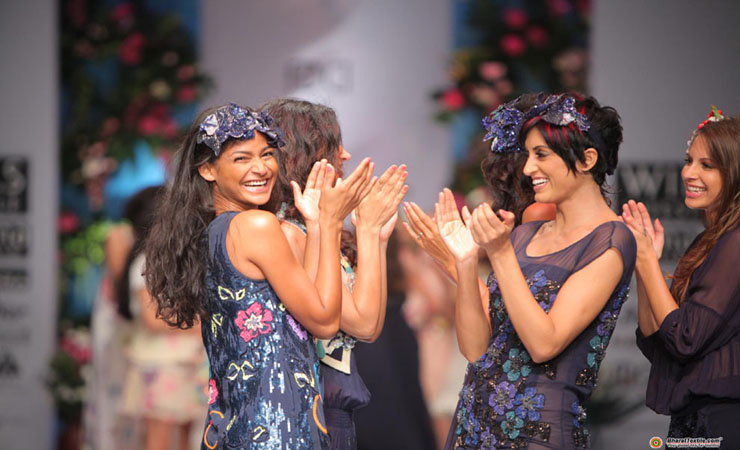 Pallavi loves to experiment with basic silhouettes and simplest of fabrics. “There is a lot of play on sheer fabrics; you can dress them up and dress them down.” She recommends the bomber jacket, an organza shirt and the long skirts as the three classic picks from her label.

Not So Serious SS10 has also exhibited at Olympia London, Prêt a porter in Paris and AW14 in Who’s Next Paris. Pallavi says, “It gives you a confidence in your product when people from different walks of life come to you and appreciate your product.” 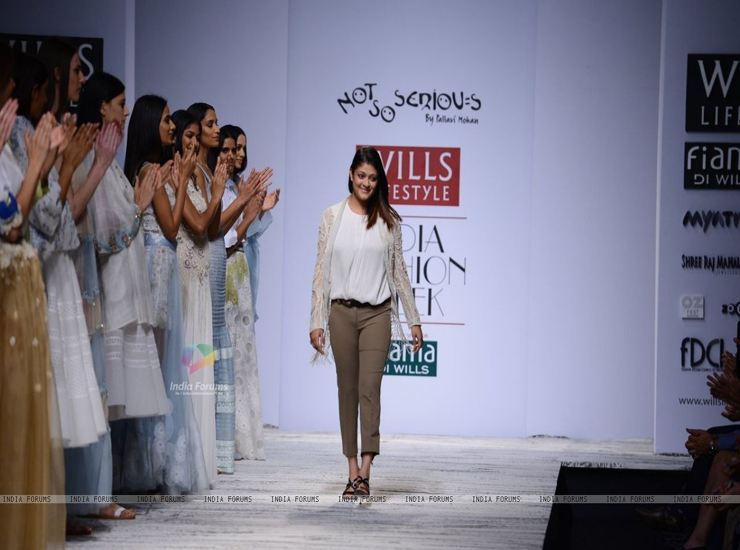 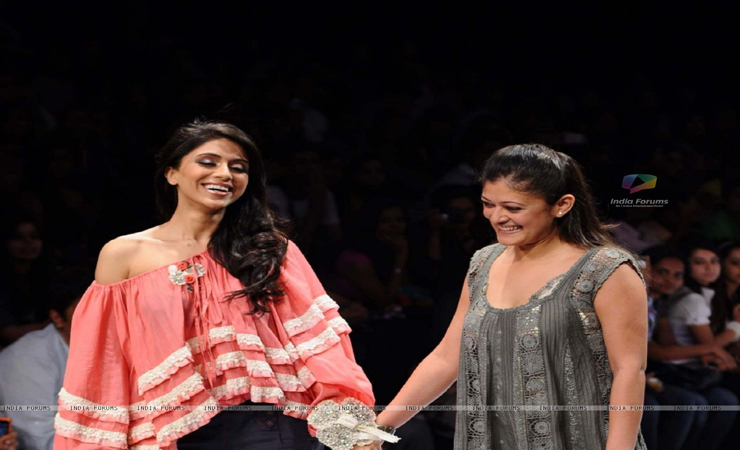 One can find inspiration in the simplest of things. This season they had used ‘Kaleidoscope’, a toy she loved to play with since her childhood. “You know what, I will show you,” she exclaimed. She excitedly sifts through a few pieces, pulls out an organza cropped shirt with denim weaving at the yoke, “You cannot just patch random pieces together.” Each patch had been carefully put together to create a kaleidoscopic effect.

The designer, who hails from Assam, also likes to seek inspiration from her travels. “Travel is my other love affair besides fashion. I will be going to the U2 concert next in London. Recently, I trekked to the Everest space campaign. Kilimanjaro is next. Trekking is a new challenge.”

After the interview, she moved down the factory, moving from each artisan, explaining how she wants the designs, addressing each one by name. Finally, we asked her what piece of advice she would like to give to the new crop of designers. “There are no shortcuts,” she concludes.