Collections that inspire and excite us

Delhi Times Fashion Week certainly hit all the right notes last week with celebrity showstoppers - Yami Gautam, Chitrangada Singh and Sonal Chauhan - and bridal collections dominating the runway. Embellishments, embroidery and print reigned unsurprisingly yet there was truly something for everyone with alternatives to festive attire including ‘Sangria’, a collection of workwear separates by Jabong, and a reimagining of athleisure by Narendra Kumar. We bring you highlights from the eclectic showcase in the country’s capital: 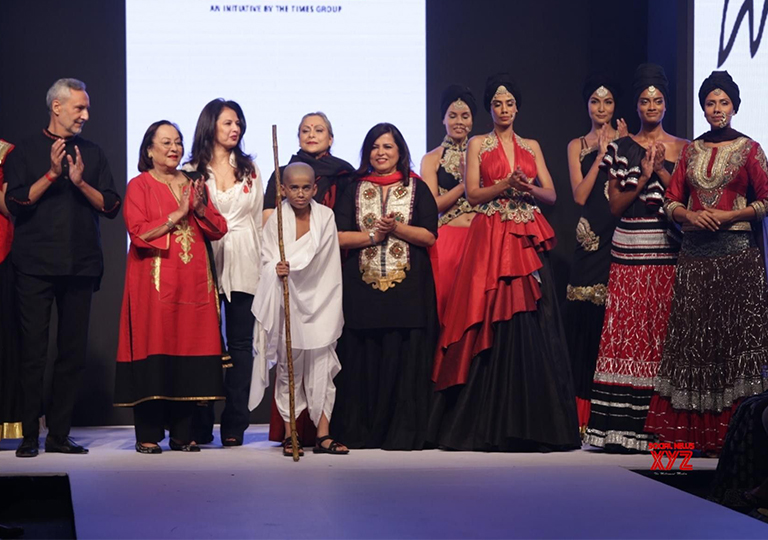 Ritu Beri and Khadi
‘Khadi from Pret to Couture’ by Ritu Beri opened the week long extravaganza with her tribute to Mahatma Gandhi in honour of his 150th birth anniversary. The heritage textile was brought to the runway with a contemporary twist by Beri, with asymmetrical hemlines and modern structure. Intricate thread work, floral embroidery and embellishments in gold ensured Beri made a dramatic statement. 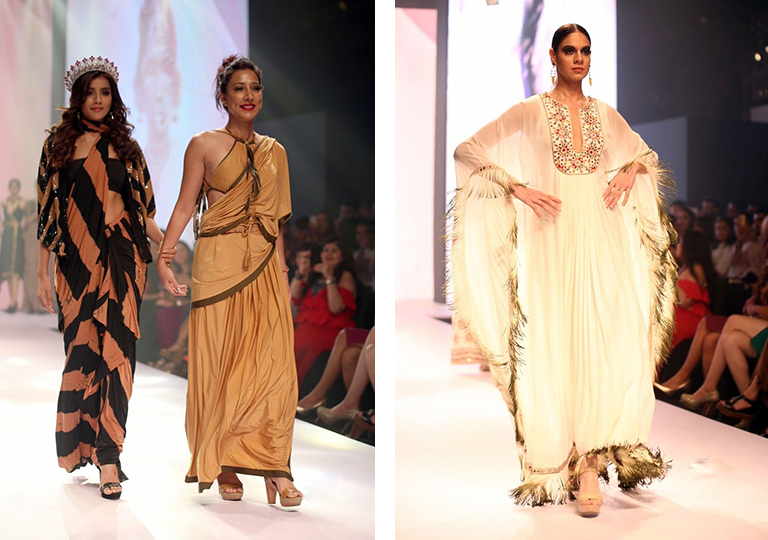 Malini Ramani
Malini Ramani’s unique vision of minimalist patterns and a subtle palette cut through the week that was otherwise pervaded by over-the-top design sensibilities. With delicate embroidery on gently shimmering fabric, monochromatic styling and a blend of traditional and modern silhouettes, Ramani’s collection was an ode to simplicity and elegance. 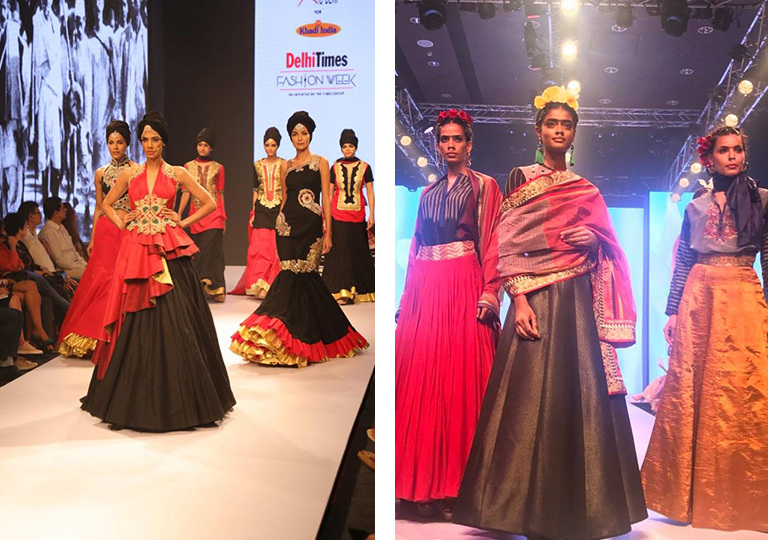 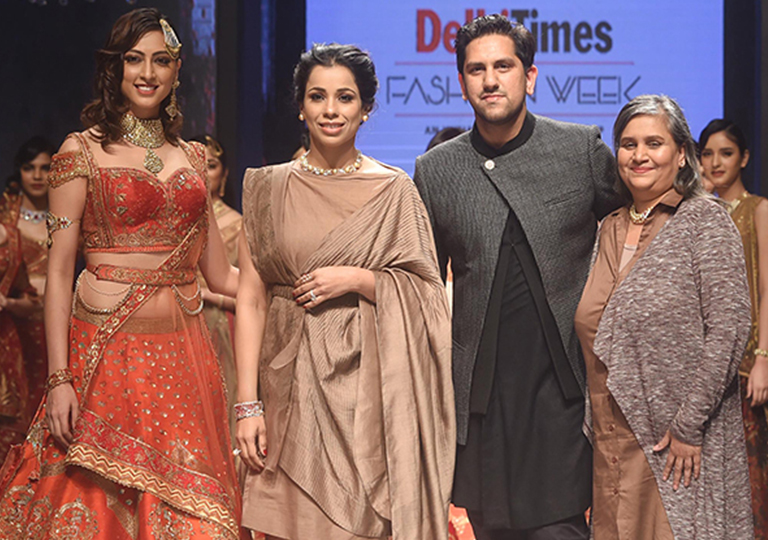 Sulakshana Monga’s bride
Sulakshana Monga’s vision for the modern Indian bride revealed romantically flowing silhouettes and bejeweled numbers in a refreshing palette of peach, neon, reds and pinks. The collection according to the designer, “[...] has heritage, tradition and art in it. Keeping a big fat Indian wedding in mind, we have put together something for each function. This collection caters to the young Indian bride. We have used Assam silk, raw silk and a mix of few fabrics for this line.”

5 Trendy Long Hairstyles To Opt For In Spring Summer 2020

Make the most out of your long tresses with these celeb-approved long hairstyles that will keep you fashion-forward in 2020.

From PeeCee to Kylie Jenner, scarf print is having a moment in fashion

From Hyderabad prints to Rajasthani embroidery, they have it all

GEAR UP FOR YOUR NEXT ADVENTURE IN CAMOUFLAGE PRINTS

From club to slumber party, we have it all covered!

MOODBOARD | GET FASHIONABLY FORMAL WITH THE KARDASHIANS

Blazers to leather skirts to all-white outfits, these Kardashians-approved attires are sure to tickle your boardroom fashion

PEOPLE WHO ARE REDEFINING COTTON, THE STAPLE FABRIC OF OUR LIVES

WORK PANTS THAT TAKE YOU TO LUNCHES, BRUNCHES, AND DINNERS EFFORTLESSLY

Alter your am to pm office wardrobe with these lovely pants

WRAP YOURSELF IN POETIC DRAPES BY DESIGNER ANAVILA MISRA

From bedroom to bathroom, we have the inspiration for all

Your hunt for a statement-making bath space ends here

CULTURE TRIP TO ABU DHABI WITH THE EMIRATI HOUSE EXPERIENCE

Discover all about traditional Emirati hospitality and family life, and learn how this has changed over the years

From the most authentic vases to the coveted Italian furniture, they master the art of home decor

MAKE YOUR BEDROOM AN OASIS OF CALM

Our tips for crafting a good night’s rest

Luxury train travel along the world’s most scenic routes

A GRAND SUMMER COLLECTION BY GAURI AND NAINIKA

Of ruffles, romance, trains and so much red

Highlights from the Sustainable Fashion Day

Myriad ways to play with Pantone’s Colour of the Year

Oodles of wearability. Plenty of glamour

A medley of contrasts between old and new, masculine and feminine

Exalted sophistication and ballet romance on the ramp

A chat with Jaya Bhatt of conscious clothing label, Indigene

CLARITY OF THOUGHT AS A DESIGN PHILOSOPHY

FOR THE LOVE OF CERAMICS

Discover these brands for an artisanal touch at home

FIRE UP THE GRILL & BRING OUT THE SANGRIA

Our tips for a smashing end of summer party